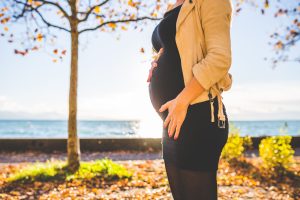 In an early stage of pregnancy with the help of chakra acupuncture the mother can consciously connect and feel with the soul level of the baby. This soul heart alignment improves the mother child relation significantly. The father/partner can also be integrated on the soul level in this early stage of pregnancy in their relation to mother and child.

In the late stages of pregnancy the maturation of the cervix and birth channel is promoted, reducing the duration of delivery by 20% from an average of ten hours of labor to eight hours.

The study on preparation for labor by Römer et al. showing significant reduction in the duration of labor and a preparation for labor more significant maturation of the uterus for labor is particularly impressive. The sample size was very large, the methodology and assessments good, and the results very clear for acupuncture, compared both to control acupuncture and to an additional no treatment group (1).

Acupuncture for Preparation of Delivery

The controlled study by Römer, showing excellent results, had a strong positive impact on the use of acupuncture in obstetrics (2).

In the acupuncture verum group 329 primiparious women treated with 4 four sets of points once a week, starting at week 36. The duration of treatment was 20-25 minutes.

The data of the two acupuncture groups were compared with a non treatment group of 325 primiparious women, which gave birth during the same survey period at the same hospital.

(In actual treatment, both labor preparation and emotional balancing points are used).

Results of the Clinical Trial

The duration of labor was:

The differences were statistically significant.

The target parameters, length of the cervix and Bishops cervical score, were taken in the 36th week and again in the 40th week of pregnancy.

Bishop score showing a better maturation of the cervix was:

The differences were statistically significant.

The change of length of the cervix was:

A funnel formation at the os internum in the acupuncture verum group was seen in 82.1% of 329 women, which was significantly higher than 30.1% and 29.3% in of the two other groups.

When verum acupuncture was used for preparation for delivery the labor was easier and quicker.

This article was posted in Acupuncture. Bookmark the permalink. Follow comments with the RSS feed for this post. Both comments and trackbacks are closed.
(805) 681-6225 Directions Contact/Schedule